My parents visiting Washington, D.C. for the first time

The Viet Nam War is considered to be a large part of American history. Many of its memories and the people involved are commemorated as memorials, artifacts, and exhibits at our nation’s capital. When my parents visited me in December 2018, I took them to the hangar of the National Air and Space Museum and the Vietnam Veterans Memorial so they could see them for the first time. I do not have enough words in me to articulate the emotions felt at the Memorial, so I am leaving these photos here. 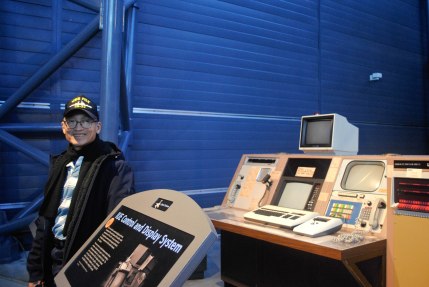 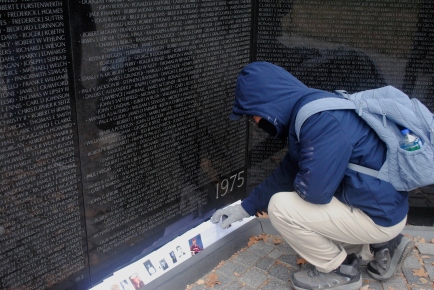 Neither of my parents knew that the Andersons had lived in Washington, D.C., so they were in for a surprise. During a wintry afternoon, I told them about what I had read in their obituaries – while we were in a Lyft on the way to the ISH. I think they were as amazed as I was at how much you can still learn about people after they’re gone. Even so, knowing this building is still here makes the Andersons feel not so far away. 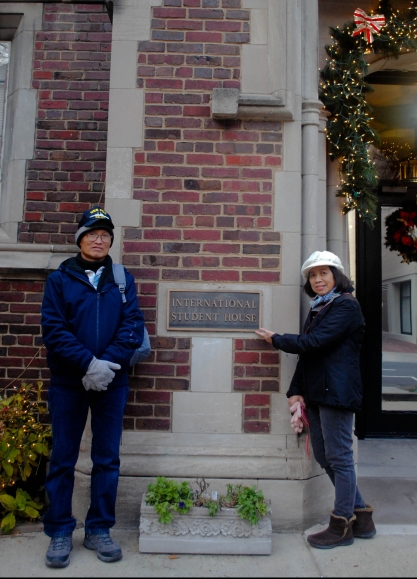 Apparently, a place where love sparks

In The Andersons, Part 2, there is a drawing of glass doors opening up to a patio area with a bench. This is that bench. 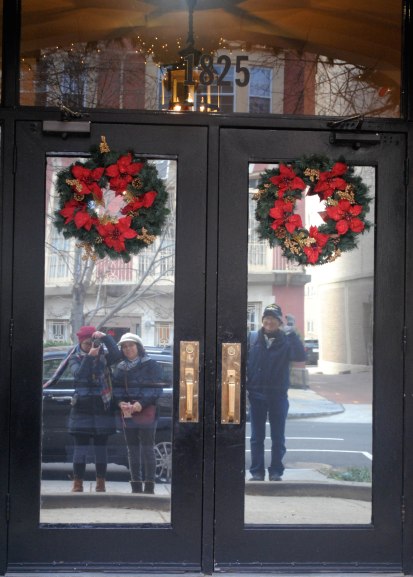 3 adventurous spirits at the front doors of the ISH